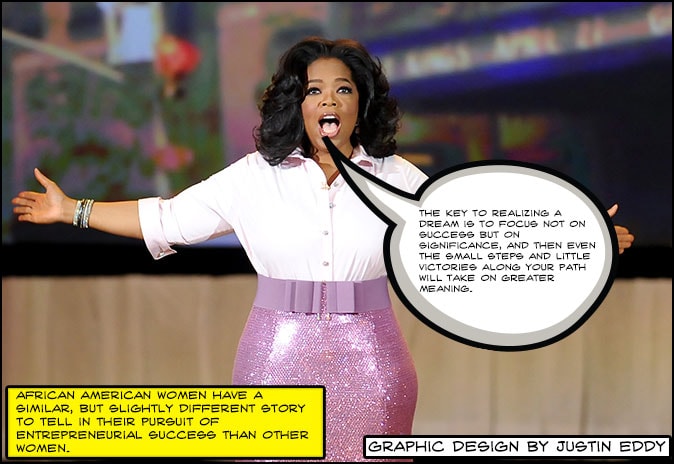 Women make up a large part of the entrepreneurial market. The history of women in the workforce is long and riddled with difficulty, therefore, it’s important to recognize their contributions. African American women in particular face heavy struggles, often made even more difficult by the intersection of sexism and racism in their pursuit of entrepreneurial success. Here are some of the top African American, female entrepreneurs throughout history to celebrate!

Madam C.J. Walker, or Sarah Breedlove, was born in 1867 and lived in Indianapolis, Indiana. She started out as an orphan but then became the first self-made female millionaire. She created a market for African American women’s hair care. When she was 18, Walker and her two-year-old daughter moved to St. Louis to live with her brothers who had become barbers. In the early 1900’s she founded her own business and sold, “Madam Walker’s Wonderful Hair Grower,” which was a conditioner that included a healing formula. She settled in Indiana and built not only a factory but also a hair and manicure salon and another training school. To read more about Madam C.J. Walker, visit her site.

Simone Ellis graduated from Xavier University and did her postgrad at University of Medicine and Dentistry of New Jersey; not only is she a dentist, but she is also a small business owner. She operates her own dentistry office in Texas and has an all female staff. She also volunteers with the Houston Make a Wish foundation and has been the President of the Houston Minority Dental Association. You can listen to an interview she did about How Successful Black Women Have Navigated Entrepreneurship here.

Oprah Winfrey is a household name by now, and hardly needs an introduction. Everyone knows her, and has watched her show at least once. She is best known as a daytime show host, but she’s been done much more than be a television personality. The Oprah Winfrey Network is the television network she started herself! She also founded Harpo industries in the early 80s and is worth over $2.7 billion.

Remember to recognize the women in your workplace!