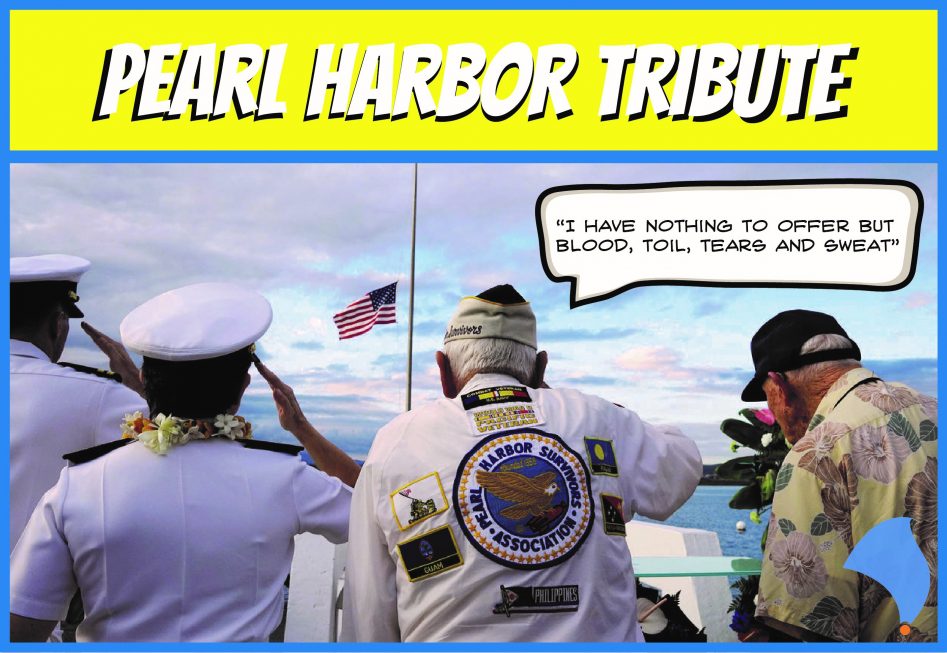 Thursday, December 7, 2017, is Pearl Harbor Remembrance Day. On this day, Americans all over the country pay tribute to the many soldiers and veterans who were present at the U.S. Naval Base at Pearl Harbor. The base suffered a surprise air attack by Japan which resulted in many lives lost.  Dozens of U.S. ships and aircraft were also damaged and destroyed.

The U.S. and Japan could not solve their differences regarding Japan’s goal to expand throughout Asia. Japan launched the attack against the Naval base as a result of the trade ban by the U.S.   The next day, President Franklin D. Roosevelt gave a speech before Congress, in which he stated that December 7, 1941, was “a date that will live in infamy.”  Thus, the United States entered World War II by declaring war against Japan.

Many ceremonies are held all over the country to salute the soldiers who were at Pearl Harbor.  Also, the area where the attack took place is now a tourist site in Oahu, Hawaii.  Visitors can take part in the tour and learn about the history of the attack as well as pay tribute. Indeed, what occurred over 75 years ago is such an important part of history that should never be forgotten.

Honoring Our Veterans and Soldiers

SuperInterns.com honors the soldiers who were at Pearl Harbor, as well as our modern-day veterans and soldiers. If you are a veteran or a soldier who is planning for a career change, we gladly offer our services to help you when it’s time to transition into a new career. Click here to fill out a 1-minute application, and we can help you get started!

Business owners, we haven’t forgotten about you either! If you would like to hire a veteran or soldier to help your company, you can click here to learn more. We support all our veterans and soldiers who sacrifice and have sacrificed to keep our country safe. We thank you for your service!