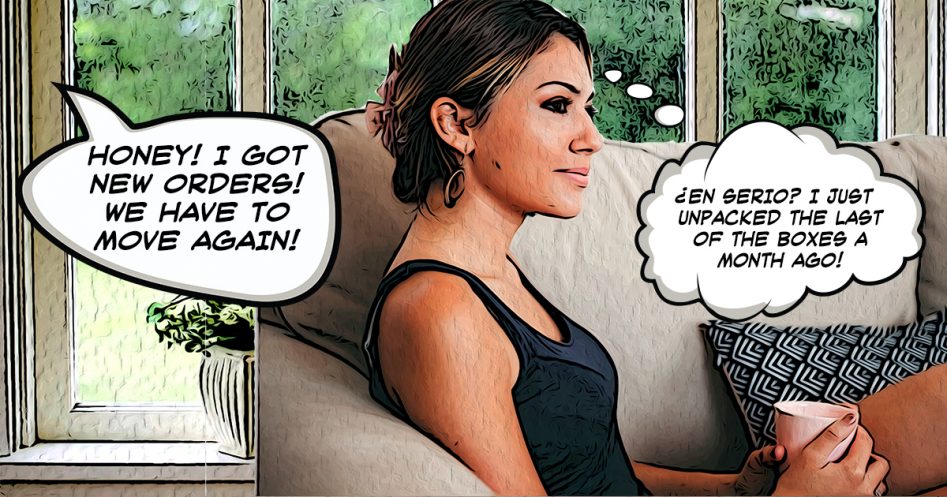 Military Spouses and the Impact of Relocation

What if you suddenly had to leave your home, your job and your social network behind and move someplace new? So you pack up and move without much notice. Once you’re in the new place, you try to find a job. Instead of a job, however, you find employers who are reluctant to hire you. They’re afraid that if they hire you, you might move again. What if you then have to go through the same process in another couple of years, and again a couple of years after that? Military spouses often have to do just that.

Relocation is a fact of life for military families but it can have a significant effect on work life and career trajectories. On average, military families move as often as every two to three years. For military spouses, frequent relocations can present employment hurdles that often result in short or long-term periods of unemployment.

Military spouses have significantly higher rates of unemployment than the general population. In fact, in 2017, The US Chamber of Congress put the unemployment rate for military spouses at 16%. That’s a drop from 23% in 2015, but it’s still four times higher than the national average.

Unemployment and underemployment carry a cost. A report prepared for the White House by the Council of Economic Advisers estimates that military spouses make $12,374 less per year on average than their civilian counterparts. Over a twenty- year period, that adds up to just under $190,000 in lost income. The Chamber of Congress Study found that a lack of equal job opportunities for both spouses was one of the major factors that families considered when the deciding if they should leave the military.

Not every job can be done in every place. As a result, military spouses may end up taking jobs that are available rather than suitable. Of the sample population of military spouses surveyed by the U.S. Chamber of Commerce Foundation, 70% felt that their skills and education were underutilized. The survey found that 69% of working spouses wound up in positions that required no experience and that 71% reported that they had more education than was required. The survey found that unemployment rates went up in proportion to education levels. In other words, the more specialized and higher the level of education required for a given career, the more likely a military spouse with those qualifications is to be unemployed because of a permanent change in station.

Unfortunately, despite the sacrifices that they make to accompany their husbands and wives in service, military spouses often encounter bias from would-be employers. The main basis of this prejudice is the assumption that the employee is not worth investing in because of their spouse’s job. Seems unfair, right?

Given that the lives of military spouses are linked to their family member’s service, shouldn’t someone give them a break instead of ignoring their sacrifices? In recent years, government officials and agencies, the business world, and organizations that serve military families have attempted to expand access to opportunities for this often overlooked group of American workers. 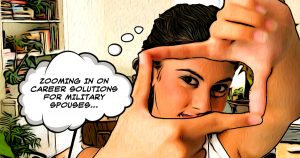 In 2018, President Trump signed an executive order that makes it easier for military spouses to attain government jobs. Joining Forces, a program started during the previous administration by former First Lady Michelle Obama and Dr. Jill Biden has worked to get states to simplify licensing procedures. Cutting through licensing red tape that occurs during stateside moves is significant because 35% of military spouses work in professions that require licensing.

Here are some of the numerous organizations that provide career resources for Military Spouses.

The MSCCN provides military spouses with information, career advice, and resources. Through their Recruiter Connect program, the MSCCN matches job seekers with the right opportunities for them.

VirtForce is an online community that allows military spouses to connect and network with each other during their search for meaningful virtual work. Members offer support to one another by sharing resources, vetted job opportunities, and their personal experiences working for virtual companies. VirtForce also offers career development services and learning opportunities to its members.

LinkedIn offers assistance to various groups of job seekers through its LinkedIn for Good Program. For those who have just had to move for an assignment, LinkedIn offers a year of their Premium Service. Participants also get access to LinkedIn courses and an online community designed specifically for military spouses.

In addition to information found on spouse geared career databases, there are various lists out there of employers who specifically want to work with military spouses.

In conclusion, a lifestyle of frequent moves provides unique career challenges for military spouses. The good news is that there are numerous programs and resources that match job seekers from this valuable talent pool with opportunities that fit their needs and qualifications. Please check back this month for more articles on topics that we hope will be relevant to military spouses. For more on career resources, please check out this helpful article on LinkedIn by Gabby Lobianco.